The 8 Best Breweries in Oregon! 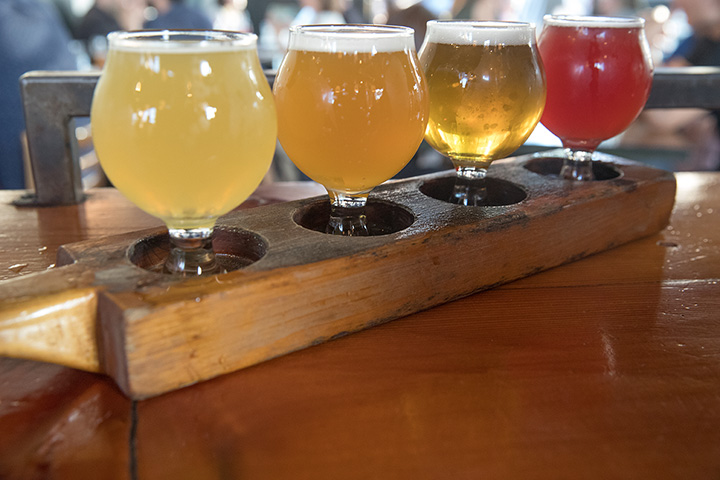 They say that Oregonians bleed coffee in the morning and beer at night, so it should come as no surprise that stellar breweries exist in all parts of the state. Following are just 8 of the best, although the list could go further. If you’re a beer lover, these breweries must be visited.

Drawing inspiration from the Trappist Monk breweries of Old Belgium, pFriem family brewing produces artisan beers that prove that the old ways are often still the best. Nonetheless, the family’s Pacific Northwest roots show through everything they do. This family is truly dedicated to the art of brewing the best possible beer no matter what the century or the setting.

At first glance, this small Eastern Oregon ranching community doesn’t seem the place for an up-and-coming star on the craft beer scene, but Barley Browns proves that good beer isn’t just about Portland anymore. This place has been winning awards right and left in recent years, and they’ve only just gotten started. Baker City’s historic Main Street provides a lovely location for enjoying a pint by the window.

IPA lovers often think that the only place to go to indulge their love of big, hoppy flavors is whatever the latest brewing sensation is in Portland, but Bend has them beat with Boneyard Beer. Boneyard’s got its unconventional start in the craft beer business as an afterthought in an auto shop. Its name comes from the way one of the current owners collected old brewery equipment as a hobby and then pieced together his own brewery from his finds.

If you’re a fan of barrel-aged artisan beers with a tart, even sour tang, Cascade Lakes Brewing Company was made with you in mind. Considered a pioneer in Pacific Northwest sour beer brewing, Cascade is making converts to the sour side every day.

The brewers at De Garde in Tillamook never add yeast cultured in a laboratory to the creations—only wild yeast that occurs naturally is used to ferment vats of beer left in the open air for that purpose. De Garde offers extremely limited release only, so be prepared to stalk them when you fall in love with their magic potions.

No list of Oregon breweries would quite be complete without Rogue. Even though the company has individual locations in several Oregon cities, including Ashland, Eugene, and Portland, it’s the one in Newport that really stands out. After all, it was started in 1989 when one of the founders was stranded in the coastal community as the result of a freak snowstorm. The view from the Newport pub is beautiful, and the beer is more than just there. Try Dead Guy Ale and you’ll understand why every Oregon town wants their very own Rogue.

You’d expect to find at least one great brew pub in a small college town, and Block 15 Brewing doesn’t disappoint. However, Block 15 is far more than just a college hangout. Cultivating community is almost as important here as creating good beer. Come in for a bright, hoppy IPA and leave with a new pet cause and a few new friends.

48329 1st Street, Oakridge, OR
The Brewers Union Local 180, Oregon's only Real Ale Pub and Brewery, is a blend of the best of the British Public House, the American spirit of adv... Read More

16506 362nd Dr SE, Sandy, OR
Distilled from the mind of a biochemist, Bunsenbrewer serves as Sandy, Oregon's only local brewery. Our brewpub features a unique tasting room with... Read More

70 SouthWest Century Drive, Bend, OR
History:GoodLife Brewing Company opened in 2011 in Bend, OR. Where the craft brewing culture is vibrant and growing. Our beautiful home in the PNW ... Read More

1019 NW Brooks Street, Bend, OR
Bend Brewing Co. is a great place to have lunch, dinner or just some hot nachos and cold handcrafted beer after a day skiing or hiking in Central O... Read More

901 SW Simpson Avenue, Bend, OR
Consider this your open invitation to our Bend brewing facility. Walk the production facility, relax in our tasting room, and see firsthand how we ... Read More

1044 NW Bond St, Bend, OR
About Us:As a family and employee-owned brewery, Deschutes believes every pint of beer worth brewing is worth sharing with friends, family, and eve... Read More

63027 Plateau Drive, Suite 4, Bend, OR
The story of Oblivion Brewing begins in Walnut Creek, CA. Darin Butschy started homebrewing in high school, and like most brewers, was immediately ... Read More

63063 Layton Avenue, Bend, OR
About Us:Two friends, Trever Hawman and Rod Kramer, decided to turn in their carpenters belts and follow their passion by starting a small batch br... Read More

50 SouthWest Division Street, Bend, OR
Crux brewmaster Larry Sidor and our brewery team are always in pursuit of the next great beei beer that defies taste profiles with its complexity a... Read More

37 NorthWest Lake Pl, Bend, OR
History:In 2010, Boneyard Beer was started in an old auto shop tucked away in the backstreets of Bend, Oregon's historical district. Without any ou... Read More

14214 Fir StÂ  Suite H, Oregon City, OR
The Story A Coin Toss Named Portland, Oregon The two New England natives who founded Portland called The Clearing at the time both vied for the bra... Read More

13503 SouthEast Richey Road, Boring, OR
About Us:My journey to Boring Brewing startedÂ  24 years ago when I began my ventures in Homebrewing.Â  I read everything related to brewing I coul... Read More
Show More
Select a Oregon town to find
the Best Things-To-Do and Places To Go around you