The 9 Best Places for French Fries in Oregon! 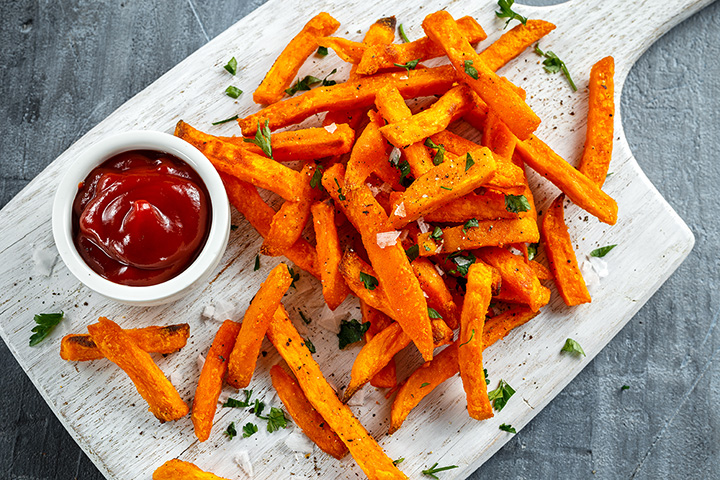 When the craving strikes, nothing can beat a heaping pile of fresh french fries. But as all french fry lovers know, not all french fries are created equal. Next time you’re in the mood for a plate of fries, whether they’re of the traditional, curly, or sweet potato variety, check out these 9 amazing spots in Oregon!

Portland has a staggering number of incredible restaurants, many of which are trying a new take on classic fries. Dots Café stands out. The Thrillist claims that Dots Café “is the original place for loaded fries, from a simple plate of cheese fries to the fully laden Kitchen sink.”

A’ la Carte is a french fry-lovers paradise. They specialize in putting fun toppings on french fries, like hummus, steak, and more. They recommend the Carne Asada Fries, Sweet Potato Curry Fries, and Gorgonzola Bacon Fries.

Nancy Jo’s Burgers (previously known as Nancy’s Handcrafted Burgers) has six Oregon locations. They’ve won multiple awards, including the Best of the Mid-Valley award for three years running. The fries don’t try to reinvent the wheel; instead, they perfect the rotation and keep the flavor bursting.

Ooblies Waffles Sandwiches makes — you guessed it — sandwiches out of waffles. You may have seen them around town in an orange food truck in addition to their flagship location. What would a waffle sandwich shop be without delicious waffle fries? Desperately mistaken, that’s what. Luckily, Ooblies delivers the french fry goods.

Toxic Wings and Fries, Eugene, OR

Toxic Wings and Fries has two current Eugene Locations with a third on the way. Their side menu has seven different kinds of fries, including garlic parm, chili cheese, pulled pork, and the titular Toxic Fries (regular fries drizzled with Frank’s red hot and ranch.”

Alchemy in Ashland, Oregon offers a more sophisticated take on french fries. Their pommes frites are served with fresh herbs, olive oil, tarragon, thyme, and ailoi, making for a refined yet delicious experience.

Veggie Grill, Beaverton and Portland, OR

Veggie Grill has two Oregon locations, one in Beaverton and another in Portland. They’re a plant-based fast-casual restaurant with an emphasis on healthy living. That’s not to say they don’t have fries, though. Their Sweetheart sweet potato fries, crispy traditional fries, and Tempura Green Bean Stacks for the adventurous scratch the itch.

Bowpicker Fish and Chips, Astoria, OR

Bowpicker Fish and Chips in Astoria, Oregon delivers one thing: beer-battered fish and french fries served from the side window of a converted gillnet boat. Douse the fries with salt and vinegar and be transported to the docks of England where the dish became famous.