The Ultimate Halloween in Oregon! 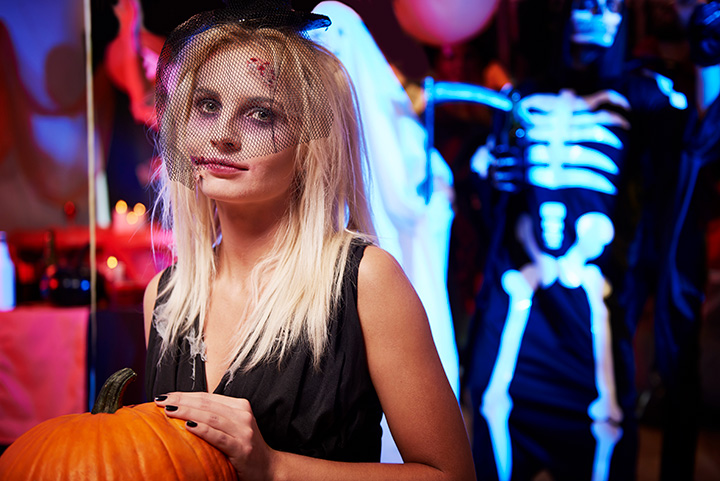 The state of Oregon enjoys incredible coffee shops, boutiques, microbreweries, and fall foliage. You know what else it enjoys? Fantastic Halloween traditions. This fall, enjoy Halloween the Oregon-way. Check out these awesome activities and All Hallows’ Eve hot spots.

Most trick-or-treaters have to wait until after Halloween to start eating candy. But we’re adults now. We choose when to eat candy. And we believe it’s never too early. In Oregon, no candy trip is complete with stopping by Bruce’s Candy Kitchen in Seaside and Cannon Beach, Oregon. They’ve got all kinds of goodies, but their Halloween and fall candy are particularly delicious, and include Black Cherry Gummi Bears, black gumballs, candy corn, Halloween jumbo marshmallows, and much, much more.

Milburn’s Haunted Manor is the recipient of last year’s “Best Haunted House in Oregon” award. Their goal is “to make you feel like you are part of a scary movie.” As opposed to other haunted houses, Millburn keeps the groups small and intimate.

This Halloween, join other Portlanders in one of the most loved annual traditions: the 80s Video Dance Attack Halloween Party. Held at McMenamins Crystal Ballroom, all of the songs have a Halloween theme. Enjoy lights, video, music, décor, and dancing on two floors.

The Hot Lake Hotel in La Grande, Oregon, began as a relaxing hot spring, but ended up as a terrifying insane asylum. The building reopened in 2003 after an extensive renovation, but it cannot escape its dark past and the ghoulish guests that still haunt the halls.

Join Rocky Smith, “a lifelong resident of Oregon City” who has made a career of investigating the paranormal. He has independently documented 100 haunted spots within the city. Allow him to show you where the ghosts live their afterlives.

Bushue’s Family Farm in Boring, Oregon, has a wide variety of Halloween activities, including hay rides, an adventure park, and seasonal food. Peruse the pumpkin patch to find the perfect jack-o-lantern for the year.

Spirit of Halloweentown, City of St. Helens, OR

City of St. Helens, Oregon, is the location where Disney’s “Halloweentown” was filmed, and commemorates each year through various events. Visiting the town is like stepping into the film. Check out the city website for an updated listing of this year’s events.

2 Towns Ciderhouse is one of the most successful cideries in Oregon, and there aren’t many better places to celebrate the season than at its tap house. 2 Towns offers 14 rotating taps, a snack pairing menu, and games. Ask about their Annual Harvest Party.

The House Of Shadows

7805 SouthEast Oaks Park Way, Portland, OR
Portland Oregon’s Only Scream Park returns this fall to one of the oldest amusement parks in the country, the historic Oaks Amusement Park. T... Read More

3839 NE 122nd Ave., Portland, OR
Take a horrifying adventure through the old haunted west that has been overrun by the morbid characters of "Clydes Hell On Wheels" traveling show. ... Read More

4645 South West Jordy Court, Portland, OR
Portland's experts in "Home Grown Scares."Â  We have puzzled, entertained, and terrified guests in a vast array of locations from the Tri-Cities in... Read More

300 N Ramsay Wy, Portland, OR
UNDERHILL HAUNTED HOUSE! We are so excited to show you the new sets, characters, makeup and scares!   Originally called the The Beneath, ... Read More

10860 SW Barnes Rd, Portland, OR
The Capital City of Fear It's our seventh year and we are ready to scare anybody that daring is enough to enter. Read More

10860 SW Barnes Road, Portland, OR
It's our seventh year and we are ready to scare anybody that daring is enough to enter.The last couple years we have been partnering up with some a... Read More

2321 NorthEast Estate Drive, Hillsboro, OR
Read More
Select a Oregon town to find
the Best Things-To-Do and Places To Go around you